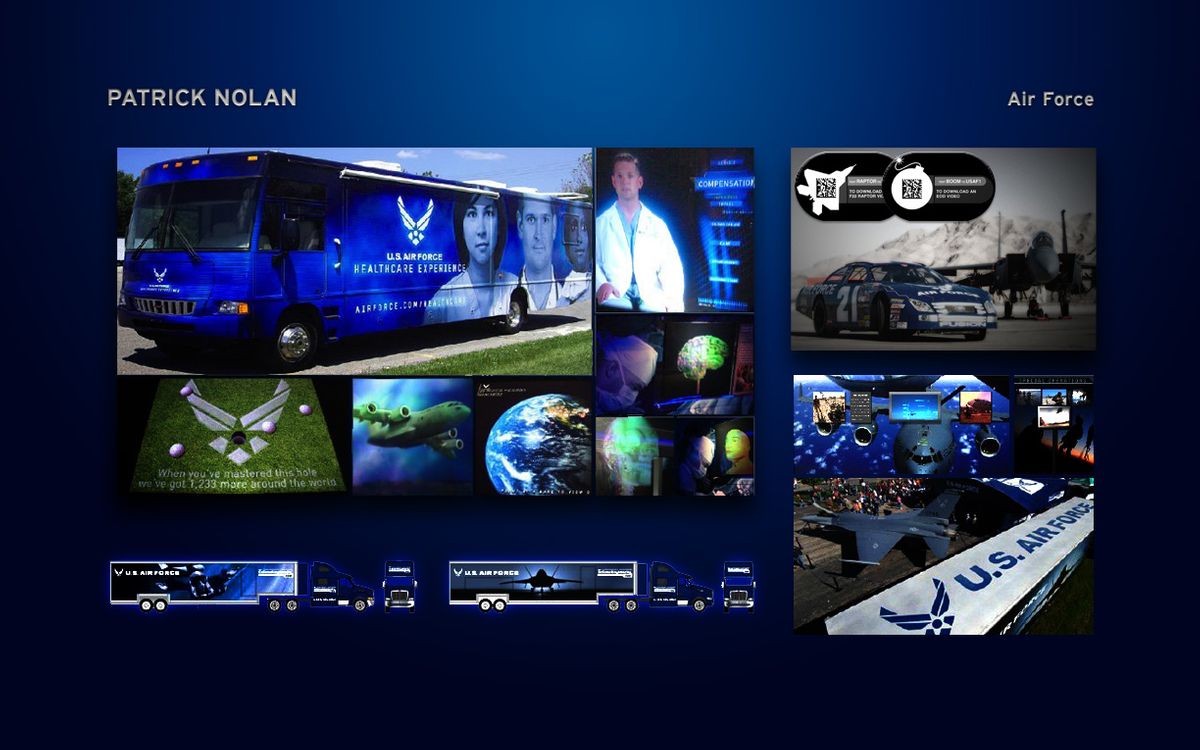 As part of the pitch creative team, our web design and tagline, Cross Into the Blue began a 7 year campaign utilizing every cutting edge technology available to reach out and ping the 18-24 year old target market that wasn't reachable by television and turn in qualified leads.

The U.S. Air Force was an ideal client due to the chain of command (which makes the decision process smooth as the finish of a general's star) and their demand for highly technical solutions. Our task was to generate leads for the U.S. Air Force allowed them to have the choicest candidates. As a result of our campaign, lead numbers were generous as awareness in the benefits of pursuing a healthcare career in the Air Force were increased. The U.S. Air Force was extremely excited about these tools that enabled them to have easy conversations with prospects.